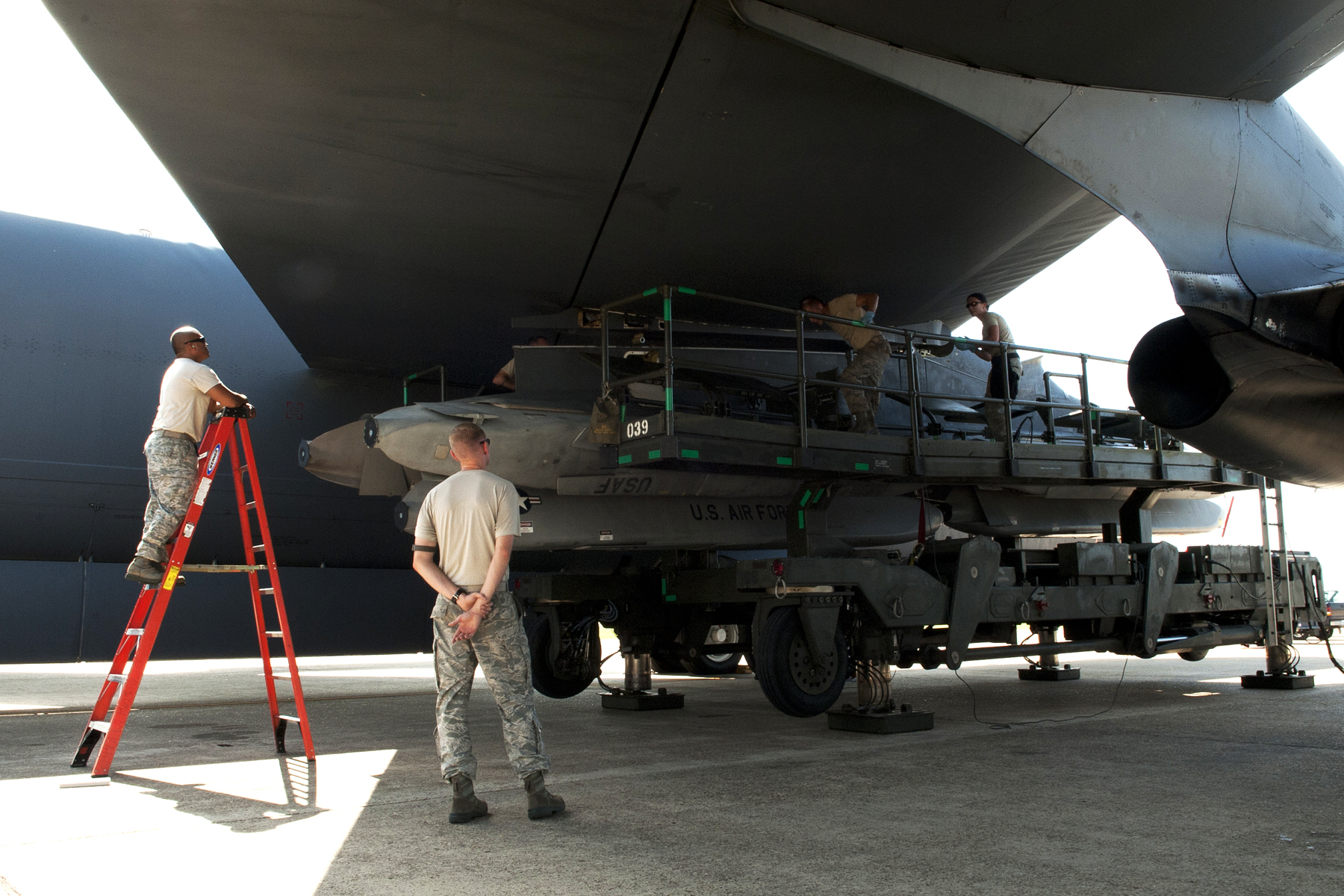 For sixty years nuclear deterrence . . . is believed to have prevented nuclear war between the superpowers, but it has also deprived the world of genuine peace and kept it under sustained risk of nuclear catastrophe. Since the end of the Cold War more than twenty years ago, the end of the nuclear stand-off has failed to provide a peace dividend that would help to improve the situation of the world’s poor. Indeed, enormous amounts of money are still being spent on “modernizing” the nuclear arsenals of the very states that are ostensibly reducing their nuclear weapons numbers.

. . . [I]t must be admitted that the very possession of nuclear weapons, even for purposes of deterrence, is morally problematic. While a consensus continues to grow that any possible use of such weapons is radically inconsistent with the demands of human dignity, in the past the Church has nonetheless expressed a provisional acceptance of their possession for reasons of deterrence, under the condition that this be “a step on the way toward progressive disarmament.” This condition has not been fulfilled—far from it. . . .

It is now time to question the distinction between possession and use which has long been a governing assumption of much ethical discourse on nuclear deterrence. Use of nuclear weapons is absolutely prohibited, but their possession is judged acceptable on condition that the weapons are held solely for deterrent purposes, that is, to dissuade adversaries from employing them.

The language of intention obscures the fact that nuclear armories, as instruments of military strategy, inherently bear active disposition for use. Nuclear weaponry does not simply lie dormant until the conditional intention is converted into an actual one at the moment when a nuclear attack is launched by one’s adversary. The machinery of nuclear deterrence does not work that way. It involves a whole set of acts that are pre-disposed to use: strategic designs, targeting plans, training drills, readiness checks, alerts, screening for conscientious objectors among operators, and so on.

The political and military officials of nuclear possessing states assume the responsibility to use these weapons if deterrence fails. But since what is intended is mass destruction—with extensive and lasting collateral damage, inhumane suffering, and the risk of escalation—the system of nuclear deterrence can no longer be deemed a policy that stands firmly on moral ground.

The time has come for new thinking on how to challenge complacency surrounding the belief in nuclear deterrence. Changed circumstances bring new responsibilities for decision-makers. The apparent benefits that nuclear deterrence once provided have been compromised, and proliferation results in grave new dangers. The time has come to embrace the abolition of nuclear weapons as an essential foundation of collective security. . . .

In search of the political will to eradicate nuclear weapons, and out of concern for the world our children, grandchildren and great-grandchildren will inherit, the human family will have to become united in order to overcome powerful institutionalized interests that are invested in nuclear armaments. Only in solidarity will we recognize our common humanity, grow in awareness of the threats we face in common, and discover the paths beyond the impasse in which the world now finds itself. . . .

The re-allocation of funding from arms to development is essential to social justice. For social justice consists in the justice of our institutional arrangements. The disparity of resources between situations dedicated to human development and those dedicated to nuclear armament is a fundamental injustice in the global political order. Re-allocation of resources from wasteful and dangerous weapons programs to the constructive and peaceful purposes of global human development would undo shameful imbalances in public funding and institutional capacities. . . .

In short, to achieve nuclear abolition, we need to resist succumbing to the limits set by political realism. While recognizing how these concepts can provide a prudent curb on unwarranted exuberance, we must ultimately reject them as the defining outlook for our common political future. The fear that drives the reluctance to disarm must be replaced by a spirit of solidarity that binds humanity to achieve the global common good of which peace is the fullest expression.

Message of Pope Francis to UN Conference to Negotiate a Legally Binding Instrument to Prohibit Nuclear Weapons, Leading towards Their Total Elimination (March 2017)