Please join us on the second Saturday of each month from  10:00 to 11:30 a.m. in front of the White House on Pennsylvania Avenue, to witness against drone killing.

Unmanned aerial  vehicles (drones) flown by the U.S. Military and Central Intelligence Agency have killed and maimed thousands of people—including many  innocent men, women, and children—in Afghanistan, Pakistan, Iraq, Syria, Yemen, Somalia, and Libya, as documented by The Bureau of Investigative Journalism and others. Most of these countries are far from any battlefield where U.S. troops are engaged. Stand with us opposing U.S.  Military and CIA drones used in extra-judicial killings. For more information, contact Jack McHale, 703-772-0635. 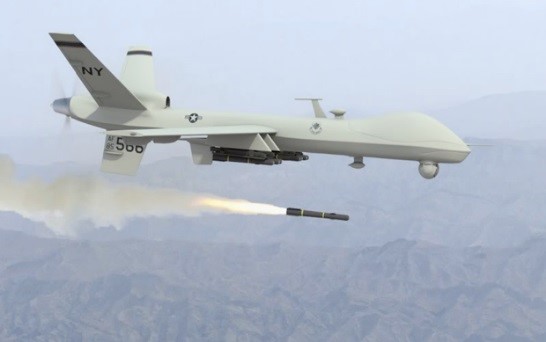 We decry our government’s use of unmanned aerial vehicles (drones) as the new face of war.

1. Drone killing is illegal. Under the U.N. Charter, which is a binding treaty of the U.S., a member state may use military force only in defense to an armed attack or with the authorization of the Security Council. Drone killings in countries with which we are not at war—including Pakistan, Yemen, Somalia, and Syria—violate these standards. U.S. drone policy targets suspected militants who are not attacking the U.S. and who lack the capacity to do so. In many cases (so-called signature strikes and secondary attacks on rescuers and funerals), the U.S. does not even know who the targets are and merely assumes they are “militants.” Nor has the U.N. Security Council authorized the U.S. to use lethal drones.

2. Drone killing is immoral. The intended targets of U.S. drone strikes may be alleged “militants,” but the victims have included hundreds of innocent men, women, and children, including, e.g., members of a wedding party and a traditional tribal council.  We are particularly dismayed at reports that the U.S. has used secondary attacks (“double taps”) to kill rescuers responding to initial drone strikes and people attending the funerals of drone victims. Directly targeting noncombatants is never morally permissible.

3. Drone killing is counterproductive. Drones terrorize the communities over which they hover, with residents never knowing when or where a deadly attack may come. And by inflaming the local population, drone killings serve as a potent recruiting tool for extremists. They perpetuate violence, rather than deterring it. 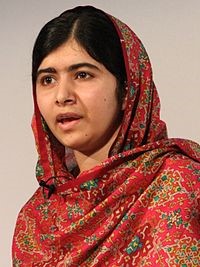 Malala Yousafzai—winner of the 2014 Nobel Peace Prize—said that when she met with President Obama in October 2013, “I also expressed my concerns that drone attacks are fueling terrorism. Innocent victims are killed in these acts, and they lead to resentment among the Pakistani people.”

President Trump has continued—and in some areas intensified—his predecessor’s use of drone strikes. We call for an immediate end to the illegal and immoral use of armed drones. Write your elected officials, telling them to end drone warfare now!

For a PDF version of this article with citations to sources, click here.