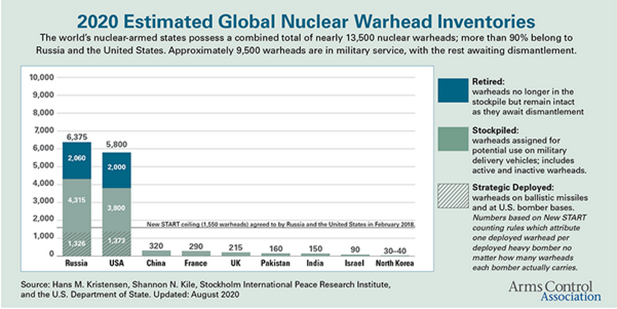 Tell Our Catholic President and Members of Congress:


Official Church teaching condemns both the use and possession of nuclear weapons, even for deterrence purposes. In his latest encyclical, Fratelli Tutti, Pope Francis describes “the ultimate goal of the total elimination of nuclear weapons” as “both a challenge and a moral and humanitarian imperative.”

Also in Fratelli Tutti, the Pope says political leaders will have to ask themselves, “’What mark did I leave on the life of society?’ ‘What real bonds did I create?’ ‘What positive forces did I unleash?’ ‘How much social peace did I sow?’ ‘What good did I achieve in the position that was entrusted to me?’”

Our Catholic President and the 158 Catholic members of Congress should ask themselves those same questions and work to make the ultimate goal of the total elimination of nuclear weapons a reality. Specifically, the administration and Congress can take concrete steps now to advance the cause of nuclear weapons abolition.

Take all nuclear weapons off hair-trigger alert and adopt a no-first-use policy. The U.S. keeps hundreds of nuclear weapons on hair-trigger alert, allowing them to be launched within minutes. This is a dangerous relic of the Cold War, when military planners feared that a first strike by the Soviet Union on U.S. missile silos would eliminate our retaliatory capacity, depriving our weapons of their deterrence value. Whether this policy ever made sense, it certainly does not today. The likelihood of a surprise nuclear attack today is extremely low, while the risk that missiles would be launched by accident, by mistake in response to a false warning, or without authorization is much greater. The U.S. should allay other nuclear-armed nations’ own “use-it-or-lose-it” fears by enacting a no-first-use policy.

Rejoin the Joint Comprehensive Plan of Action (JCPOA) with Iran without preconditions. On April 6, 2021, the U.S. and Iran agreed to establish working groups to bring both countries back into compliance with the 2015 Iran nuclear deal. One group will focus on lifting harsh U.S. sanctions imposed by President Trump after he unilaterally withdrew the U.S. from the JCPOA in May 2018. The other group will focus on restoring Iran’s compliance with limits on the enrichment of uranium. The U.S. has been saying that Iran must return to compliance before the sanctions are lifted, but no such precondition is warranted. Iran was fully complying with the agreement before the U.S. reneged on its commitments; hence, the U.S. should take the first step to return to compliance and then negotiate in good faith on the steps Iran needs to take.

End wasteful spending on the modernization of our nuclear arsenal and delivery systems and redirect the funding to human security needs. The total elimination of nuclear weapons is not merely an ideal from Pope Francis; it is also the goal of the Treaty on the Non-Proliferation of Nuclear Weapons (NPT), legally binding on the U.S. Given the legal and moral obligation to work toward the elimination of nuclear weapons, it is unconscionable for the U.S. to be spending $1.5 trillion or more over the next 30 years to upgrade and replace its nuclear warheads and delivery systems. The Administration and Congress should immediately cancel this wasteful spending, including programs to build new nuclear-armed sea-launched cruise missiles and land-based intercontinental ballistic missiles. Such funds should instead be used to promote peace through human security and development, as Pope Francis urges.

Reduce the number of deployed nuclear warheads by at least ten percent per year, challenging the other nuclear-armed nations to do the same. Even if one accepted the flawed logic of deterrence, the U.S. has many more nuclear weapons than it could ever need. As a sign of good faith and to jump start negotiations for the elimination of nuclear weapons, the U.S. should begin dismantling its nuclear arsenal in stages, urging the eight other nuclear weapons states to follow suit.

Use the extension of the New START treaty to negotiate further deep cuts in the nuclear arsenals of the U.S. and Russia, as required by the Non-Proliferation Treaty. The U.S. and Russia have over 90 percent of the world’s nuclear weapons. On February 3, 2021, the two countries agreed to extend the 2011 New Strategic Arms Reduction Treaty (New START) for five years, maintaining the limit of 1,550 deployed nuclear warheads per country. While this extension is a welcome development, it merely preserves the status quo that has been in place since the treaty limits took effect in 2018. It is now incumbent on both parties “to pursue negotiations in good faith . . . on a treaty on general and complete disarmament under strict and effective international control,” as required by the NPT.

Ratify the Comprehensive Nuclear-Test-Ban Treaty (CTBT). The CTBT prohibits any nuclear weapon test explosion anywhere in the world. The U.S. signed the CTBT in 1996, but the Senate refused to ratify it in 1999. The Vatican has repeatedly urged the U.S. and seven other non-signatory nations to ratify the treaty so it can enter into force, calling it “a critically important step toward creating a world without nuclear weapons.”

TAKE ACTION. Write President Biden, your Senators, and your Representative, reminding them of their obligations under the NPT and the Church’s moral teaching—particularly if your members of Congress are Catholic—to take steps now to eliminate nuclear weapons.

To write the President: click here to send an email, or send a hard-copy letter to The White House, 1600 Pennsylvania Avenue, N.W., Washington, DC 20500.

To write your Representative: click here, enter your ZIP code, and click on “FIND YOUR REP BY ZIP.” On the  results page, click on the envelope icon to send an email from your  Representative’s website.

11“Nuclear Weapons: Who Has What at a Glance,” Arms Control Association, Aug. 2020. The graph at the beginning of this paper is taken from this article and is used with permission of the ACA.

15See Catholics in the 117th Congress for a list of Catholic Senators and Representatives.